It is our goal to provide you with tasty menu options using the freshest farm to table ingredients available.

Our passion for great food and lasting relationships is key to what we hope will be an enjoyable and complete dining experience. 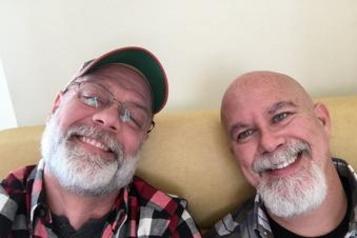 Our Story as restaurant owners began on May 26, 2000. This was the day that we became the official owners and operators of the Secret Garden Tea Room Cafe, located inside of the Avonlea Antique Mall on Beach Boulevard. Our menu targeted a variety of fresh soups, salads, gourmet sandwiches and desserts. All of our menu items were handcrafted and homemade in house. During our (Michael & Zack Nettles-Williams) relationship with Avonlea, we had the pleasure of meeting some of the most incredible and diverse individuals that we have known to date. We met new friends, found old ones, colleagues, customers from around the world, television and movie stars, and new additions to our family. We watched our children grow and said goodbye to loved ones. We created life-long relationships with individuals that we are still very close to today. It was truly a unique and wonderful experience. In 2005, Avonlea made a business decision to move its location to its current home at 8101 Philips Highway. Having created so many business relationships in the Beach Boulevard corridor, we faced an incredibly hard decision...and we decided not to relocate with Avonlea to the Baymeadows area. Instead, we built a new version of our unique little eating spot at the corner of Beach Boulevard and Peach Drive, and named it Secret Garden Cafe.

The Secret Garden Cafe allowed us to spread our wings and grow with the pace of our growing customer base. We felt honored that so many of our regular guests and friends we had made at Avonlea, continued to seek us out. During our time at the new location, we enjoyed making even more new friends and once again connecting with old ones. We also continued to watch our families grow, and said a heartbreaking goodbye to one of our fathers, Gene Nettles. The Secret Garden Café gained us notoriety when we were scouted and featured on the first season of the Food Network's hit show; Restaurant Impossible. What an experience to have Chef Robert Irvine, Designer Vanessa Deleon Bournias, Contractor Tom Bury, and the rest of the production team from the show, come to Jacksonville and help us design and re-tool our little restaurant. We will always have heartfelt thanks for that entire team, as well as our own team of co-workers that helped us find our way to our next step in our careers as restauranteurs. After our show aired in 2011, we experienced a surge of success. With the new volume of customers and exposure we had gained, it was time to take our knowledge and experience to the next level. We negotiated a sale of our beloved Secret Garden Café to a new family ownership team, and said goodbye to all of our friends on Beach Boulevard…enter; Derby On Park.

In late 2011, we negotiated a lease purchase deal with Monticello Drug Co. to acquire the original Derby House restaurant located in the historic 5 Points area of Jacksonville. In August, that year, we began what turned into an almost 2 year renovation project on the 70 year old building. During construction, in early 2012, we determined we needed to bring on partners to complete the project. After the partnership was formed and construction completed, the Derby On Park finally opened. With commendations from both the City of Jacksonville & the Avondale-Riverside Preservation Society, for a job well done on the preservation of the structure, the Derby on Park opened its doors October 28, 2012. This was a much larger restaurant concept for all of us involved, especially since the Derby was offering a full breakfast, lunch and dinner menu, a full bar, live weekend entertainment, and a staff of over 30 teammates. After having opened to rave reviews it was Summer of 2014 that we (Michael and Zack) made the decision it was time to do some soul searching about all of our personal achievements. We needed to figure out the next step and decisions about our future in this adventure "we all" call life. We sold our interests in the Derby On Park to our partners in late August.

For the next 9 months we mostly retreated to our Farm in N.W. Georgia, just outside of Atlanta. It was kind of a reflection / decompression period. We both knew that we would eventually plan to re-emerge in the restaurant market. It would have to be just right and the timing perfect.  During the downtime, Michael wanted to go on a quest. He wanted to go back to where he started and experience firsthand the current trends in the big city food industry. He interviewed with many, and took on a position at one of Atlanta's hottest new Midtown restaurants. As a chef himself, Michael's experience has mostly been in the kitchen or in an operator capacity. Wanting to fully grasp what current dining out customers were looking for in their restaurant visits and what employees were “really” experiencing on their end, he accepted a position of server. Michael was methodical in his decision, as his goal was to not only learn or let’s say" refresh" himself with current customer trends, preferences, and palate choices, but to also allow him to reconnect with the entire team of a restaurant. This position allowed him to do just that, but from a different perspective other than that of an owner / operator. We all know that teammates at any job will speak and behave more freely with their peers than they will with their superiors. Not only was he able to experience the hourly workers struggles, but to also get a fair evaluation of how new management / owner teams were structured and accepted. Michael’s departure from the Atlanta establishment was bittersweet. He values and misses all of the friendships he made with the team he worked with in Atlanta, but considers his decision to jump back into the non-management or chef ranks at a restaurant for 8 months to be some of the most invaluable knowledge that he could obtain as a past / future restaurant owner himself.

For a good part of the 20 years that Avonlea has been in business, we have leased a space from them and have been antique / collectible dealers. In April 2015 while in Jacksonville delivering goods to our space, we were approached with a proposal by the Kerr Family of Avonlea. They said they were getting ready to have an opportunity in the restaurant location located in Avonlea and wanted to share their thoughts with us. Having our Jacksonville restaurant owner roots begin in the very same place 15 years earlier, our ears and minds were open. Since the Kerr Family had acquired Avonlea, and created the new: Avonlea Antiques & Design, it has been going through an incredible renaissance. As an existing dealer in the Gallery, it is exciting to see all of the positive changes and the introduction of a more complete shopping / design experience. This excitement can not only be felt by the customers, but to the dealers as well. We did a lot of soul searching after we met with the family. We kept reflecting on the days when we began our restaurant adventure in the very same place. In our discussions together we remembered its challenges, but what stood out for both of us the most were the happy memories and how that particular time in our life we had really connected with not only ourselves, but with the people around us.

After a few more meetings and discussions with the Kerr Family and thinking of how we personally wanted to grow into our mid-life, we made the decision to accept the proposal. We immediately felt a warm comfort knowing that we would once again be a big part of the Avonlea family, not only as dealers, but as the proud new owner operators of the restaurant space. It seems we have come full circle. After the amazing journey we have had as restaurant owners, and returning almost 15 years to the day of our humble beginnings to the same location, what could be more appropriate than to name our new place to gather for great food, friends, family, and fun...”Full Circle” Eatery.